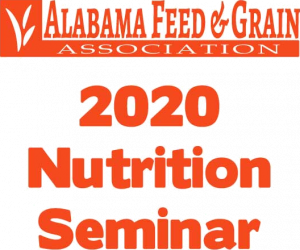 Now is the time to register & become a sponsor of the 2020 AF&GA Nutrition Seminar, which is scheduled for April 22-23, 2020, at the Westin Huntsville in Huntsville, Alabama. The meeting will be co-sponsored by The Alabama Feed & Grain Association and the World’s Poultry Science Association-USA Branch.

The Technical Symposium on the morning of Wednesday, April 22nd, will be sponsored by Chr. Hansen. The seminar program will follow on Wednesday afternoon and Thursday morning, with a variety of well-known speakers and industry experts discussing feed-related challenges and opportunities for the poultry industry. The event will conclude with a golf scramble at the Robert Trent Jones golf trail on the afternoon of April 23rd.

USPOULTRY Recognizes Mark Waller as Industry Workhorse of the Year

ATLANTA, Ga. – Jan. 27, 2020 – Mark Waller, sales and processing director for Ingram Farms, was named USPOULTRY’s Workhorse of the Year during the International Poultry Expo, part of the 2020 International Production & Processing Expo. The poultry industry’s most prestigious honor is awarded annually in recognition of dedicated service and valuable leadership given to the Association and poultry industry.

Waller was “collared” with the long-established horse collar by 2019 Workhorse of the Year recipient, Mike Robach, retired vice president, Corporate Food Safety, Quality & Regulatory for Cargill. He was also presented with a commemorative plaque.

“We are honored to recognize Mark with this special award and acknowledge his many contributions to the poultry industry. We are deeply appreciative of his efforts on behalf of the Association, the USPOULTRY Foundation, and the industry,” remarked John Prestage, senior vice president, Prestage Farms, and outgoing USPOULTRY chairman.

Waller is a graduate of Mississippi State University where he received his Bachelor of Science in Poultry Science. Prior to joining Ingram Farms in 1998, he was with Tyson Foods for 19 years where he served as processing plant manager and complex manager.

“Mark is one of those individuals, through his volunteerism, who has had not only a tremendous impact on USPOULTRY and our Foundation but the industry as a whole. He changed our industry. We are most grateful to him,” said John Starkey, president of USPOULTRY.

U.S. Poultry & Egg Association (USPOULTRY) is the all-feather organization representing the complete spectrum of today’s poultry industry, whose mission is to progressively serve member companies through research, education, communication, and technical assistance. Founded in 1947, USPOULTRY is based in Tucker, Georgia. 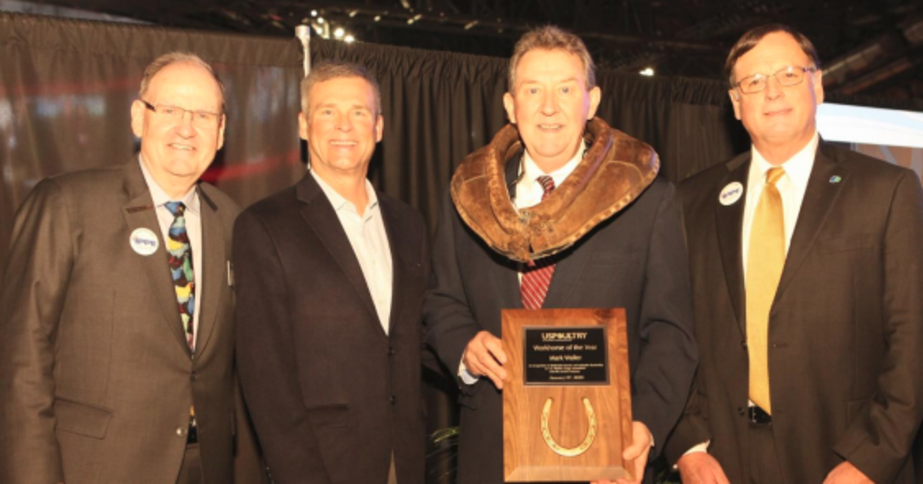 This year’s honorees are:

Frank Garczynski, Koch Foods – Frank is a graduate of Michigan Technology University where he received his BS in Engineering Administration. He began his career with Cargill, operating both commercial and integrated operations. He has also worked with OK Foods, Peco Foods, Choctaw Maid Farms and Zacky Farms, as well as operated his Feed Mill Improvement Consulting Service. He currently serves as mill manager for Koch Foods Feed Mill in Morton, Mississippi, which received the American Feed Industry Association’s “Feed Facility of the Year” award for 2018 and 2019.

In addition to being an enthusiastic supporter of USPOULTRY programs, having spoken or presided at the Feed Mill Management Seminar many times, Bob is also serving as vice president for the Mississippi Feed and Grain Association for 2020.

Richard Obermeyer, Aviagen – Richard is a graduate of Northwest Florida State College where he received an associate degree in business administration. He began his career with Showell Farms, now Perdue Farms, as a feed mill manager. He is currently director of feed production for Aviagen,